I’ve been feeling particularly nostalgic lately. Something about the shorter days/longer nights of late fall makes me think about how things used to be. The recent lack of posts here on Defending Axl Rose isn’t completely due to a lack of time or interest in writing–I’ve also had little to write about. At some point, having access to every song ever written resulted in me listening to the same four Kinks songs over and over. Anyway, I was recently thinking about the halcyon days of sitting on the couch and watching MTV as a kid. I distinctly remember getting into new bands I might have overlooked simply because they had a cool/interesting music video. 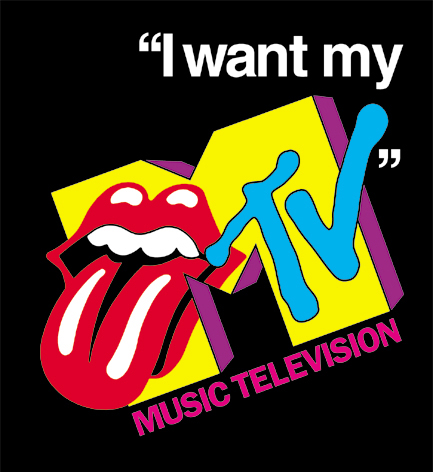 But it’s 2015 and MTV is dead, are there still music videos? And are any of them cool? I took to the Internet determined to find cool music videos. I let YouTube be my guide and encountered some good stuff. Some of it was old, some of it was new, and some of it was worthy of sharing with everyone/anyone that reads my blog. So with that said, I give you my top five Internet music video finds:

These are in no particular order…

This video was tailor-made for me and the headspace I was in when I started looking for music videos online. FIDLAR’s music video pays homage to all the classic MTV video’s I was nostalgic for. The shout-outs run the gambit from Missy Elliott to Jamiroquai to The Hives to Korn. Soak this one in, because it’s not only got a funny DYI aesthetic, but the song also kicks major ass.

Hockey Dad- “I Need A Woman”

I love the laid back, mellow surf-rock of Hockey Dad. Mix-in a classic VHS diary of the day in the life of a couple of young dudes hanging around a beach town and I’m in heaven. Though the band is Australian, everything about this is universal: all we want to do is be young and have fun…forever. Maybe summer isn’t endless, but Hockey Dad found a way to bottle a little of it for the cold winter days ahead.

Holy shit did this one get stuck in my head. This is an older song, one that was apparently co-opted by Nike to sell us shit (a few years ago), but I found it to still be very relevant to my news feed today. Saul Williams has had a really interesting career, becoming friends with Trent Reznor (whose NIN-fluence is all over this song) and releasing a bunch of half-spoken word/half-rap albums. This is fantastic.

Usually I’m not a fan of too much humor in music. Don’t get me wrong, I love to laugh and don’t think music is so serious or important that there’s no room for jokes…but I can’t rock a Weird Al album for more than a few tracks. Michael Christmas walks the fine line between rapper and joke rapper, for sure, but this (very unconventional) song and video won me over. Also any song that references Arrested Development is okay in my book.

Though it’s a bit of cliche these days, I still love it when a fat/schlubby/unassuming person turns out to be an amazing singer. The Susan Boyles of the world have kinda made the phenomenon passé, but every now and then I fall for it hook line and sinker. Well, I fell for it big time with Har Mar Superstar. The gimmick is that he looks like porn star Ron Jeremy but has an amazing set of pipes, and even though I should be jaded and unimpressed…I’m impressed. I also really dig how in on the joke he is. But even if this guy had supermodel looks, the song would be good. So really I need to get over myself and just accept how shallow I really am.

Alright, I lied and want to share one more.

I have no idea why I like this. Please do not judge me, but this cartoon band from Europe have weaseled their way into my heart. Studio Killers make catchy, funk-fun club music that should not be my cup of tea…but this stuff is great! Their schtick is very Gorillaz-inspired and nobody is 100% sure who they are, though the word on the street is that the female lead singer is really a dude. Either way, this is pretty great.

“Piss The Season” by Wyldlife

It’s not even Thanksgiving and already it’s beginning to look a lot like Christmas! Living the great Capitalistic dream of moar! moar! moar!  can really bum a guy (or gal) out. Luckily for all of us naughty boys and girls, New York pop-punkers Wyldlife have the cure for another crappy holiday…their new-ish single “Piss The Season”!

The song blends the band’s fuck-the-world snarl with happy jingle bells, which actually works better than I could have imagined. Another New York Christmas all alone? Somehow Wyldlife is able to take the pathetic and make it sound badass. So if you’re staring down the barrel of another lonely holiday season, take solace with the boys in Wyldlife:

You can go on Bandcamp and buy Wyldlife’s holiday themed EP HAPPY HOLIDAY’s now. I’ve been listening to it off and on for the past few days and wholeheartedly vouch for it’s awesomeness.  And if Santa is reading this blog post, can you pretty please bring me a new Wyldlife album? I know I haven’t been very good, but boy do I deserve it…