Campaign to Send Me to See Kanye West Official Over

You might recall a few months ago when I started a Go Fund Me campaign in order to send me to Las Vegas to see Kanye West perform live. Don’t remember that? Well, it happened. Fueled by the  desperation to see the man perform LIFE OF PABLO live in person and a lack of funds in order to travel outside of Denver, I emulated my musical hero and took to the Internet in order to (essentially) beg for money. So how did I do? Well, I made $6 more than Kanye made when he infamously sought money from Internet Zillionaire/Facebook Mogul Mark Zuckerberg…of course, that means I only raised $6. Well short of the $900 I was asking for. Now, let me admit now that that figure was pretty high, but consider the fact that I need airfare, a hotel, and a ticket to Yeezus’s show. I only guestimated, so $900 might have been on the low side…who knows?

The campaign is over, I’m no longer accepting donations, mostly because it’s too late for me to raise money to attend the Vegas show. But don’t shed any tears for this middle-aged rock blogger, for every time Yeezus closes one door he immediately opens another (and then tweets about it). This week it was announced the second leg of Kanye’s tour would come to my beloved Denver, Colorado! Huzzah! So this Friday at 10:00am I’m dusting off my credit card and paying whatever number fate demands I pay in order to see Mr. West. I wish the show wasn’t on the Monday after Thanksgiving, but we do what we can with what we are given, right?

I’m going to document the shit out of this concert, so stay tuned for updates!

A LOUD BASH OF TEENAGE FEELINGS by Beach Slang

Earlier this year I discovered 2015’s best album, THE THINGS WE DO TO FIND PEOPLE WHO FEEL LIKE US, the debut record from Philadelphia rockers Beach Slang. Slightly less than a year after that album came out and subsequently blew my mind, the band returns with their sophomore effort A LOUD BASH OF TEENAGE FEELINGS. I won’t lie, I was very nervous about this album. Having fallen so hard, so fast, for Beach Slang I worried that perhaps THE THINGS WE DO… might have been a fluke. Any band or artist following up a tremendously awesome album so quickly would worry me, let alone a relatively untested act like Beach Slang. 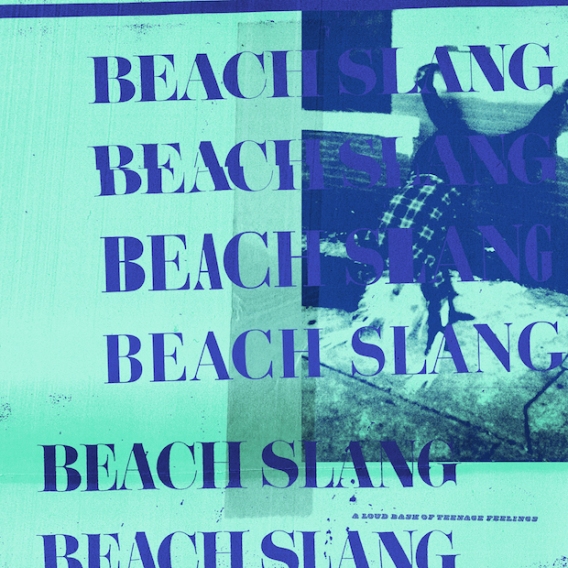 The album’s first track “Future Mixtape for the Art Kids” opens with the lyrics: “Play it loud/Play it fast/Play me something that will last/Play it tough/Play it quiet/Play me something that might save my life.” My mouth fell open the first time I heard that it was almost as singer-songwriter James Alex was echoing my own desires for A LOUD BASH OF TEENAGE FEELINGS. Having dived into just a little of the online fan community surrounding Beach Slang, it’s become obvious to me that there are tons of people touched by this band’s music. There are people with Beach Slang lyrics tattooed on their wrists and I’ve seen more than one post from a lonely youth who’s admitted their music has helped them through times of crisis. Beach Slang had to know that THE THINGS WE DO… didn’t just turn them into indie-rock darlings, but made them into the kind of band many young people existing on the fringe of society (either real or imagine) identify with. I couldn’t image sitting down to pen a follow-up to a record that touched so many people. That Beach Slang acknowledge this in a song that essentially turns into the band’s manifesto, is pretty ballsy.

Then the album veers right into a pretty standard-issue angry-young-punk song with “Atom Bomb.” It was a bit jarring the first time I sat down to listen to the album. That such a meaningful song like “Future Mixtape for the Art Kids” would be followed up by the brash and ultimately hollow “Atom Bomb” was disappointing. But then I thought about it and realized that Beach Slang are simply following in the footsteps of their heroes The Replacements, who famously took pride in riding the line between painful sincerity and oafish bravado. Speaking of which, The Replacements haunt this record much the same way it haunted THE THINGS WE DO… It’s funny because I don’t see this comparison being made much online or in the (admittedly few) reviews I’ve read. The Replacements are literally all I can think about when I hear Beach Slang. So much so that I’ve started to wonder if I like Beach Slang or just really fucking love The ‘Mats.

“Spin the Dial” sounds like PLEASE TO MEET ME-era Westerberg in all it’s splendor. Even the title recalls The Replacement’s “Left of the Dial.” I can’t image this is a coincidence. I also get a strong Replacements-vibe on “Punks in a Disco Bar.” These are my two favorite tracks on the record, they’re potent lyrically and have interesting guitar hooks. A LOUD BASH OF TEENAGE FEELINGS, as a title, isn’t an understatement–that’s literally the content of this record. The songs are fast, short, and brimming with an intensity one would easily find in a teenage diary. I’m starting to wonder if that’s a compliment or criticism for James Alex. This second album checks all the right boxes, but ultimately doesn’t pave any new ground for Beach Slang. Alex’s die-hard fans (of which I am one) have a lot invested in his music, which makes what I’m about to write all the more difficult: only time will tell if Beach Slang wind up a Springsteen or a Ramones. I can easily see Alex growing and evolving on his records but with A LOUD BASH OF TEENAGE FEELINGS, I can also see the opposite, too. The Ramones (or AC/DC) made really good records but never really grew past their little stylistic comfort zone.

If I seem down on this album, I’m not. As stated above, this is a great album but a band that really speaks to me. I’m glad there’s a rock band writing earnest, punky songs for the world’s lonely people. I just hope that on the next record, Beach Slang spread their wings a little and try something different. They’ve mastered the 30 minute, intense-as-hell record…show me something new and different. The quiet, closing track “Warpaint” offers the briefest of glimpses of what I’m talking about. Rather than burn out fast, I hope Beach Slang pull off a long, glorious fade.

Tagged A LOUD BASH OF TEENAGE FEELINGS, Beach Slang, Bruce Springsteen, Indie Rock, James Alex, Music, Paul Westerberg, PLEASE TO MEET ME, The Ramones, The Replacements, THE THINGS WE DO TO FIND PEOPLE WHO FEEL LIKE US