A few weeks back I heard a really great interview of Electric Light Orchestra frontman/genius Jeff Lynne on Adam Carolla’s daily podcast.  It’s really rare that anyone hears from Lynne these days, so if you’re an ELO fan you owe it to yourself to give it a listen.  I’d never heard Lynne speak before, so hearing the man’s speaking voice was a bit of a treat.

Lynne talked a lot about his songwriting and recording process.  Lynne also talked about his love of digital recording technology and his album of re-recorded hits MR. BLUE SKY-THE VERY BEST OF ELECTRIC LIGHT ORCHESTRA, which takes a page out of filmmaker George Lucas’ playbook by redoing his work from the 1970’s using computers.

I’m not sure how I feel about MR. BLUE SKY. On one hand I understand why Lynne felt compelled to go back and re-record his greatest hits.  These new versions sound infinitely clearer than they did back when Lynne recorded them, limited as he was by analog tape.  There were only so many layers Lynne could use back then, and a lot of ELO’s past albums do sound very washed out.  But despite all the care that Lynne took to remake his songs exactly like they sounded…they don’t sound like the original versions.  We’ve all heard those lame re-recorded Greatest Hits cash-ins that so many older bands do (always for monetary/contractual reasons) and MR. BLUE SKY isn’t one of those at all.  But the newer sound effects and backing vocals sound a slightly off from the 1970’s originals.  Anyone with a passing familiarity of these songs might not notice, but I did and I found it a bit distracting.

While I was on my ELO-kick, I discovered a really great lost ELO track: “Surrender.”  Recorded during the A NEW WORLD RECORD sessions back in 1976, “Surrender” was supposed to be used in film that got cancelled and the song was forgotten until 2006 when it was released as a bonus track on A NEW WORLD RECORD.  Interestingly, the song was also the first ELO song put on iTunes. 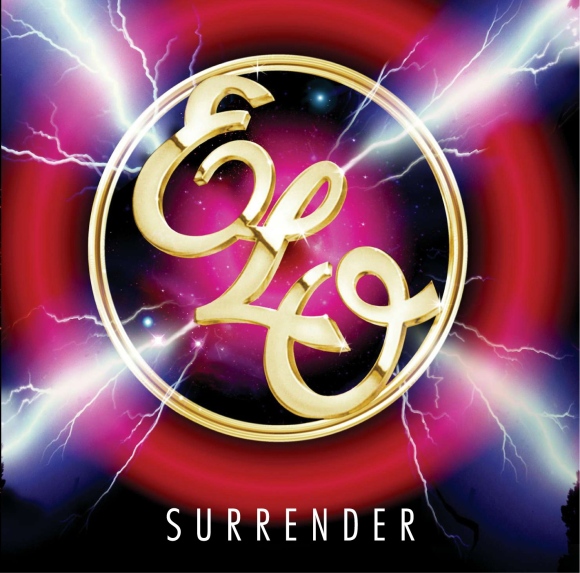 “Surrender” is a great, stripped-down (for ELO) song.  It features a really great jangly-guitar and reverb-drenched  lead vocals. It actually reminds me of a Roy Orbison song, it has that old school rock feel to it.  This is probably intentional as Lynne is a huge Orbison fan.  Lyrically and thematically it would have worked well with “Telephone Line.”  Whereas “Telephone Line” was about the desperation of trying to get through to someone, “Surrender” is more jaded.  I think “Surrender” would have balanced A NEW WORLD RECORD out a little better in that it is a bit darker than the rest of the album and as mentioned less busy.  Although it might seem stripped down because as a neglected song, it wasn’t give the full studio treatment.   That said,  “Surrender” is pretty polished and sounds perfectly complete, so who knows.

When I first heard it I was instantly blown away, my first thought was, “Why in the hell was this left off the album?”  This song could have been, should have been a massive hit for the band back in the mid-1970’s.  Give it a quick spin, or two: