Lemmy is dead and GnR Lives?

It’s been a crazy week in the world of rock and more than one person has asked me if/when I was going to write a post. I wish I had a good excuse for posting so infrequently, but I don’t really have one. I’m just a lazy bastard. But there were two really big news items this week, so here I am.

First, the legendary lead singer of Motorhead, Lemmy Kilmister, died this week. I wasn’t surprised by this as Motorhead had cancelled a couple of tour dates earlier this year due to Lemmy not feeling well. Like most Motorhead fans, when I heard the news I assumed Lemmy had succumbed to his addictions. Besides being a first rate hellraiser, Lemmy was what can only be described as a “power drinker.” The fact that the dude made it to 70 is really a miracle, if you ask me. When I learned it was cancer and not excess that claimed Lemmy, I was genuinely shocked. Now, did Lemmy’s boozing ways contribute to or even cause his cancer? Perhaps, but the fact remains he didn’t die of liver failure which was what I was expecting. 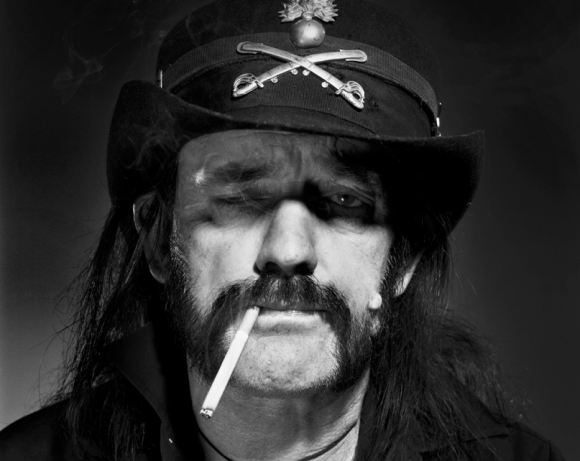 I saw Motorhead once in the middle 2000’s in St. Louis. They played a killer show with Valient Thorr that to this day ranks in my top 10 concerts. Lemmy’s voice was gravelly and unmistakable; there was never any mistaking him for someone else. I’m not the biggest metal-head, but the metal bands I do like tend to have vocalists that sound unique. Lemmy sure was unique. He also looked like a rock ‘n roll warthog from hell. One of my favorite Lemmy memories was his cameo in 1990’s comedy AIRHEADS where he proclaims that he was “editor of the school magazine.”

His brief cameo is a fun moment made extra-meta because earlier in the movie Lemmy is mentioned by name in a pretty funny exchange with Harold Ramis:

I’ll also never forget the time in 2002 when it was reported that Lemmy was considering having his famous facial warts removed in order to sell them online. I’m not even sure how true that rumor was, but I distinctly remember it being in the news. Anyway, Motorhead is truly an excellent band and Lemmy was one of the last remaining metal gods, he will be missed.

Also this week, it was announced that the rumors were true: the original line-up of Guns N’ Roses were reuniting next year.  Although the only gig that’s been confirmed is a headlining gig at this year’s Coachella Festival in April, the word on the (proverbial) street is that GnR will be also be launching a massive 25 date stadium tour in 2016. This is a huge deal because as we all know, GnR has been steadily touring for the past 20 years but with only Axl Rose as the sole original member of the band.

Coming to a town near you?

Does it excite me that Axl and Slash have buried the hatchet and are going to tour? Of course it does! Now the big question: will I be interested in going to see the band play live? I saw Slash earlier this year open for Aerosmith and it was kinda…sad. Slash was perfectly fine, but it was obvious that he was yearning to return to the glory of Guns N’ Roses. The lead singer he’d recruited for his band was an obvious Axl-clone. And while it was an audience who’d shown up to see Steven Tyler and Company, the only reactions the band really got was from the GnR songs they played.

I liken a reunited Guns N’ Roses to the most recent STAR WARS movie. People are only excited about this because of the nostalgic feelings it creates inside them. Nobody really wants to see an older, bloated, graying rock band get up on stage and embarrass themselves. Well, maybe some people do, but I don’t. A reunited GnR would be a time warp to an earlier era in all GnR fans lives. An era that should probably be left in the past, if we were all being honest. I’m sure Slash and Axl could whip themselves into fine-ish form but the real question everyone should be asking is: to what end? Will this be a greatest hits cash-grab-mega-tour? I’d rather they get together and write new music and release an album than just travel across the country using Pro-Tools to mask the ravages of time and sell a couple thousand T-shirts. But that’s just me.

There a many reason I’m not going to Coachella–I’m about to be a father for the first time being just one of them–but I’d consider seeing them on tour if they came to my town. And the tickets were reasonable. And that’s the rub with reunions like this, isn’t it? These tickets are going to be insanely expensive so many long time fans are probably going to be shut out (another reason I’d prefer we just get another album).

Everyone seems to be lusting for the past everywhere I look (again, STAR WARS) and this GnR reunion just seems like another example of that trend. I’m really torn between stoked to potentially have the chance to see Guns N’ Roses live and a little disgusted that the only concerts people get excited about anymore are these Dinosaurs of Rock Reunion Showz. Don’t get me wrong, I am 100% a classic rock fan, but I wish there was a new band grabbing headlines (and dollars) like a reformed GnR.