With a new Metallica album nearly upon us, I’ve been spending the past few days revisiting the metal giant’s previous works. I write about metal every now and then, mostly because I’m a pretty casual metal fan. A real n00b if you will. I tend to like the classic metal acts like Iron Maiden, Black Sabbath, Motorhead, and Metallica. But that said, I really only played through Guitar Hero Metallica once and that was strictly for the achievements. My favorite Metallica album is their 1983 debut record KILL ‘EM ALL which is an economical, no-thrills thrash metal classic that stands as one the best examples of the genre. Love or hate Metallica today, there is no denying that in 1983 the band was simply amazing. 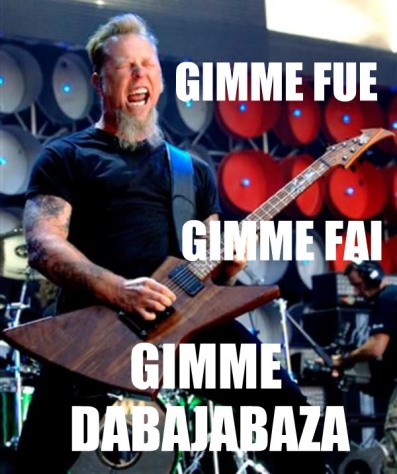 Anyway, as we all know, times change and bands develop. Metal fans are some of the worse when it comes to accepting the passage of time. And I don’t really blame them, after all when you begin your career with KILL ‘EM ALL why change things? Prior to 2003’s ST. ANGER, I think the band’s worst album is RELOAD from 1996. RELOAD is pretty pompous and finds the band doing sequel songs which I can’t believe is even a thing (“The Unforgiven II”). The album is also much longer than KILL ‘EM ALL…longer by a staggering 20 minutes. That’s a lot of fluff and filler to sit through. The worst song on the album, in my opinion, is the ridiculous first track/single “Fuel.” I remember when this song came out and I wasn’t even listening to metal at the time. The song was everywhere and from what I remember people liked it at the time. But boy does “Fuel” sound stupid today. Basically a Nike or Gatorade jingle, “Fuel” is a dunder-headed faux-tough guy anthem. It’s weightlifter music, which isn’t necessarily a bad thing in and of itself, but the idea of “Fuel” and the reality are two separate things. On paper, the masculine word salad appears hyper-masculine and aggressive. Listening to the song just makes me giggle. And I’m not giggling with Metallic I’m giggling at Metallica. 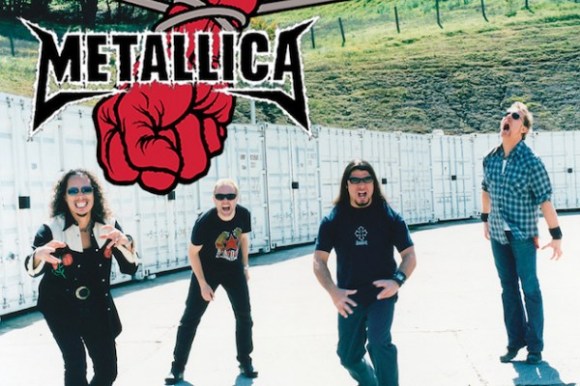 Remember that time Spider-Man punched Metallica? That was so cool.

Compare that to ST. ANGER’s title track “St. Anger.” The song deals with similar tough-guy themes and has a schizophrenic fast/slow thing going on but I don’t crack a smile listening to it. I pick “St. Anger” because I feel like it best encapsulates the album, which prior to 2011’s LULU, was considered to be the band’s weakest album.  I don’t even know what to think about that mess of an album and frankly can only fall asleep most nights by pretending that it never happened. ST. ANGER is all about well…anger and mental issues and stuff. I know this because the band had a documentary come out (Some Kind of Monster) that explained all this to me. I think the frantic yoyoing of “St. Anger” fits with that theme and even though it was recorded in the crappiest way possible (modern metal production usually sucks) I think “St. Anger” actually accomplishes what it sets out to do. I’m also not embarrassed to get caught listening to “St. Anger.” When “Fuel” is on and somebody enters the room, I turn that shit down and hang my head.

I still feel like many people hate ST. ANGER so much they’d do or say anything rather than admit that parts of it aren’t all that bad. I know that I will lose what little metal credibility I have by writing this but: I don’t actually mind ST. ANGER that much. It’s far from the heights of KILL ‘EM ALL, but then again I think most of the band’s output falls into that category. Regardless, neither “Fuel” nor “St. Anger” are the worst Metallica songs…that would be “I Disappear” from the Mission Impossible II soundtrack. Holy crap is that a bad song.

So how clickbait-y is my click-bait title? Have you any opinions about either song? Let me know down in the comments. And stay tuned for my shitty, uninformed review of the new Metallica album later this week!