One of the most influential pop bands of the last thirty years, Jellyfish is one of those bands that barely registered a blip but has a massive cult following. I’ve been saying for years that someone should write a book about them, well now someone has! Craig Dorfman’s book Brighter Day: A Jellyfish Story is a slim, but not unsubstantial, volume that records the band’s history. From the humble childhood beginnings of Roger Joseph Manning, Jr. and Andy Sturmer to the dizzying production of the band’s seminal album SPILT MILK all the way to the present with a “where are they now?” segment that ties up the narrative of this legendary pop band. 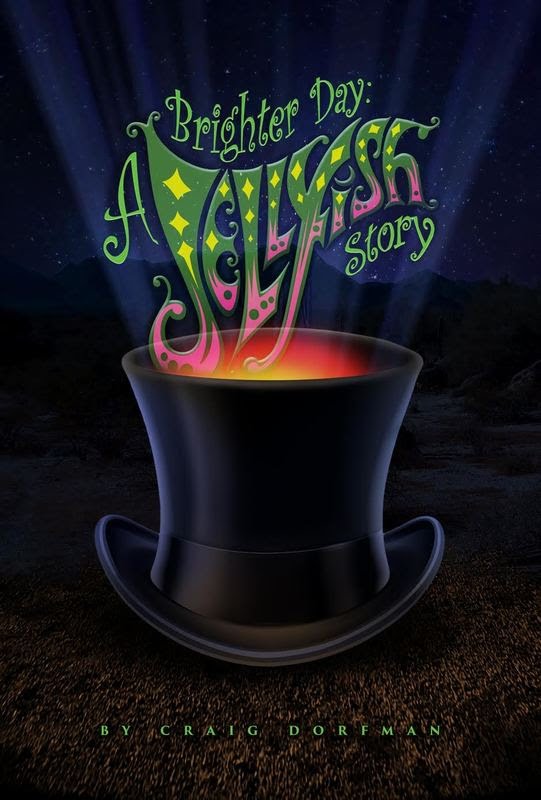 The band only recorded two albums, 1990’s BELLYBUTTON, and 1993’s SPILT MILK, but the band’s legacy lives on. When I started Dorfman’s book, I was looking forward to finally discovering three things: 1. What happened/why did they break up? 2. What are the band members doing today? And 3. How did an overlooked 90’s act wind up being so influential? Dorfman, who interviewed all the major players in the Jellyfish story, does a good job answering my first two questions (mostly, I’ll get that my beef with #2 in a moment). But as I finished Brighter Day I found myself still unable wrap my mind around their lasting legacy. By all rights, Jellyfish should be household names and expect for a few bright spots on the Internet; they aren’t. Dorfman’s book doesn’t shed any light onto how Jellyfish ended up influencing so many fantastic pop bands that came after them. I thought perhaps that it was music critics who kept the band’s memory alive, but Dorfman’s book details the numerous brutal reviews of contemporary publications for the band. While there were some positive reviews, my take away from Brighter Day was that critical reception to the band during their active years was mixed at best.

I often sit and wonder about what happens to members of bands I love after the band calls it quits. I had hoped to get a nice accounting of what the members of Jellyfish had been up to. I’ve done research over the years (and have all the solo albums that there are) but I just couldn’t wrap my mind around how these Gods of pop music had, for the most part, just quietly slipped into obscurity. I knew that a band like Jellyfish hadn’t made millionaires out of them, so how were they supporting themselves? Dorfman’s book provides answers to this question: they work behind-the-scenes in the music industry or as hired guns for more popular artists. Brighter Day gives the answers I was seeking, but I wished more details were given about the post-Jellyfish careers of the various band members. Only because I know we’re never going to get a Jason Falkner book (sadly).

Brighter Day is written in a way that presents many pivotal moments and conversations like a novel would. Dorfman acknowledges at the beginning of the book that these conversations are not to to be taken literally and that some creative license was taken. This bothered me a bit at first, and I found myself wishing that Dorfman’s book was an oral history like The Beatles Anthology, but when I reached the end and read the acknowledgments page, I realized that getting all the parties involved in Jellyfish to talk must have been a massive undertaking. The idea of recording them and then parsing out a narrative would have been too great an undertaking. Still, the book’s central conceit, which Jellyfish was a vehicle for Sturmer and Manning’s songs and that meant the contributions of the other band members was very limited, thus creating a great source of tension, is somewhat underplayed. Dorfman repeats over and over that Manning refused to stick up for the various guitarists the band went through because he didn’t want to betray Sturmer as he had by writing commercial jingles when they were just starting out. This idea is tirelessly repeated throughout the book, and while I’m sure it’s not an incorrect assertion, I find it hard to believe that Manning’s motives were so simple. Andy Sturmer’s personality quirks are also mentioned, but it feels as though there’s more to the story than what Dorfman presents. Sturmer sounds like a bit of an asshole and perhaps on the spectrum maybe? None of this is explored. I suppose that is the price one has to pay to get official input from the band.

Don’t get me wrong, this is a great book, and I’m so glad that it exists. Dorfman should be praised for doing what so many of us thought about and recognized should be done but did not have the will to do ourselves. Dorfman should be forever blessed for getting this story written before any of the principal players died. And considering how short the life of Jellyfish was, it’s amazing that Brighter Day has so much content. This book has got me seriously thinking about Jellyfish again, which in a way is like having Jellyfish back. I’m also re-listening to the last few Jason Falkner albums and trying to hunt up my copy of Manning’s CATNIP DYNAMITE. Sturmer’s lack of solo material isn’t explained in the book either, which is disappointing (though he hints that the singer does record at home and that perhaps some of this material will see the light of day). Brighter Day is a book for hardcore “Jellyheads” who’ve listened to every outtake and b-side, who’ve bought the boxset and the live albums, the ones who’ve listened to the arty solo albums and studied the music videos for decades. Everyone else should seek out the band’s seminal dual albums to join the rest of us in pop nirvana.