Last night I saw the most amazing rock show I’ve ever seen.  Local Pink Floyd tribute band/St. Louis heroes El Monstero didn’t just put on a concert, it was a full-on spectacle.  The music of Pink Floyd was faithfully performed with not only a band, but with classy female back-up singers, sax players, a children’s choir (you know what song that was for), and a bitchin’ laser show.  There were costume changes, towers of multi-colored flames, confetti cannons, and an honest-to-God 70’s mirror ball.  They also landed a helicopter for the opening of “Another Brick In The Wall.” 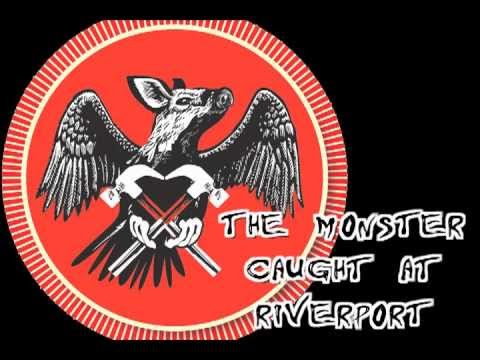 The alternate name for El Monstero should be “Pigs N’ Hammers.”

Back in the 1970’s, this level of excess was commonplace, but not so in today’s cash-strapped times.  Oh sure, you can see U2 put on a rock-spectacle, but they are one of the few bands big enough to pull-off (and afford) such dizzying overindulgent rock theatre.  I think gimmicks are stupid as a rule, but if you’ve got the music down, a little spectacle can push the amazing into the awesome (as in actually inspiring awe).

El Monstero is not a good Pink Floyd tribute band, they’re an exceptional one.  I don’t know if they sounded like Floyd sounded live, I am too young to know, what I can tell you is that El Monstero perfectly replicates the way the albums of Pink Floyd sound, in every single detail.  That by itself is no small feat, and worthy of much praise.  The band’s been around for over a decade here in St. Louis, slowly building a rabid fan-base.  Apparently the band started out in the (sadly gone) Mississippi Nights night club, playing for a few hundred people.  Last night, the band upped their game playing for a few thousand.  Rather than just “merely” replicating the sound of Pink Floyd, the band replicated the theatrical nature of the band, and their famous 70’s tours (like the one they did in support of THE WALL).  Equal parts rock show, opera, circus, and LSD trip, the concert at Riverport (aka The Verizon Wireless Amphitheater) blew just about every other tribute band I’ve seen out of the water.

Tribute bands are a funny thing.  On one hand, you have grown men dressing up like 20-something-Liverpudlians, singing “She Loves You” while praying their wigs don’t fall off.  At the other end of the spectrum, you have serious musicians studying, mastering, and performing classic rock–basically treating Pink Floyd like it’s Beethoven.  And why shouldn’t Pink Floyd or Led Zeppelin be treated like Beethoven or Bach?  Why do some fans cringe at the mere mention of the term “tribute band”? Rock ‘n roll has always been about celebrity, but I think it was MTV that cemented the notion that anyone playing the songs of Pink Floyd that isn’t Pink Floyd are only imitators.  I find this funny, because when the St. Louis Symphony plays the music of Beethoven no one considers that to be “low rent” or “low brow.”  Or ridiculous.  A symphony isn’t imitating Beethoven; they’re just playing his music.

Part of the issue is the fact that, as I’ve said, rock music is just as much about personalities/celebrities as it is about music.  That’s petty and sad, but unfortunately the truth.  Another part of the issue, though, are how these tribute bands focus on the wrong elements of their act–I think it’s better for a band to replicate the sound of Led Zeppelin than to necessarily look like Led Zeppelin.  Many of the Beatles tribute bands that I’ve seen over the years fall into this trap, sacrificing quality of sound for quality of visual presentation. El Monstero, for example, don’t go out of their way to “become” Roger Waters or David Gilmour. They don’t mess with fake mustaches or wigs; instead they’re about recreating sounds. 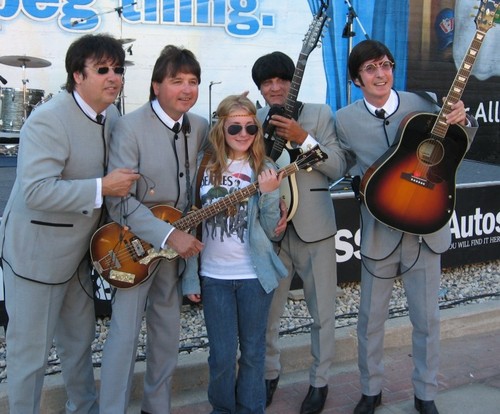 The spectacle I witnessed last night, while not a direct copy of a classic Pink Floyd concert, captured the essence of the band’s giant circus-like tours.  Rather than being actors sticking to a script, a great tribute band will use creative license to replicate the music.  I know that seems pretty obvious, but I’ve seen Beatles tribute bands that tell actual jokes John Lennon said at early Beatles concerts.  I’ve seen jittery “actors” playing Paul McCartney do mannerisms that Paul did on film, often doing these McCartney-isms 50 times during a performance because it was something that Paul actually did (even though there’s no way he was that fidgety).

One thing that takes the so-called “cheese factor” off of El Monstero is that the band doesn’t stumble onto the stage, with fake British accents, and pretend that they’re actually Pink Floyd.  Instead El Monstero is just a band that just happens to play Pink Floyd tunes.  As time marches on, and we lose more classic rock bands (and the people who’ve seen them in concert), I think the demand for professional tribute bands will greatly increase.  I also think the “stink” of being a tribute band will also lessen.  It may take a very, very long time…but if we don’t blow up the Earth with nuclear war, I can foresee a time when elegant men and women will go to their local Opera Houses to see professional musicians perform the works of Lennon and McCartney sans-stigma, like they were going to see a classical music concert.