Romance and rock collide in novelist Lisa Peers’ Love and Other B-Sides.  Call me lame, but I’ve always been a sucker for a good love story.  Flavored with musical references and plot elements ripped from the headlines, Love and Other B-Sides reminded me of films like LOVE ACTUALLY…only good and written by Nick Hornby. Peers spins a yarn that touches on redemption, aging, find one’s true calling in life, and starting over. 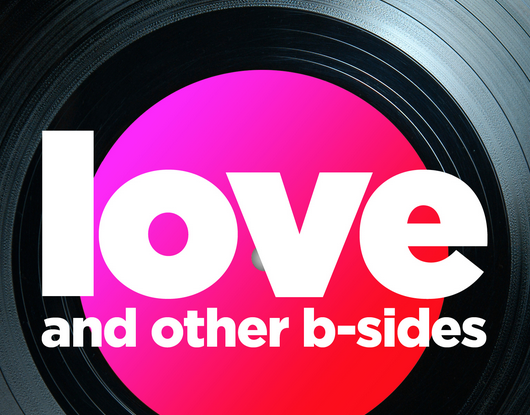 The book centers on the relationship between aging rocker Stee Walsh and Connie Rafferty, a new fan who comes to the singer’s attention via a tech-savvy super-fan Walsh meets while signing a deal with a digital music conglomerate. Using a highly intrusive computer program designed to “study” the music habits of the buying public, Walsh becomes interested in a woman half a world away who spent the better part of a year purchasing his entire catalogue one song a day.

What’s great about Love and Other B-Sides, is the way it depicts its protagonists, Peers does a fantastic job creating realistic characters.  Stee, already a complex character at the beginning of the book, deepens as he falls in love (real love) with an ordinary woman.   Connie’s character was the one that intrigued me the most, however. All too often we dismiss the partners of rock stars and other celebrities, but they’re people.  How much it feel to dwell in the shadow of a Mick Jagger or Paul McCartney? While the wealth and trappings of fame are appealing, not being taken seriously simply because of one personal relationship would be very difficult. Connie’s character is grieving the loss of an unfaithful husband and Walsh is a former fuck-up who’s sober but inhabiting the remains of a life ravaged by substance abuse. Unlike many love stories, both characters are doing the rescuing, which is refreshing.

One of the reasons I’d never attempt to write a book like Love and Other B-Sides is because I’m not sure I could come up with believable songs/song titles.  Again, Peers crafts believability into her tale by adding intricate musical details and full-song lyrics to her imagined rock stars songs.  Walsh, who musically seems like a much more fun Springsteen, is one of the world’s top rockstars—I know few people with the stones to write songs that are supposed to be world-wide chart toppers, so hats off to the author.

The book moves at a brisk pace, and the deranged computer hacking fan adds an element of unease to the books otherwise light romance. Overall, I’d say that Love and Other B-Sides is a solid debut from a promising, music-centric novelist.  I’d also be remiss if I didn’t mention the early Axl Rose reference (like Axl, Stee is a red-head) and a late in the story mention of Warren Zevon.  Also, the book features an amusing running gag involving the piano man himself, Mr. Billy Joel.

You can buy Love and Other B-Sides on Amazon.com and be sure to visit Lisa’s awesome blog, LP on 45.