I’ve been on a roll with the country-themed posts, so I decided to do one more.  I’ve been meaning to reviewing COUNTRYSIDE BLVD.,  Robin Zander’s long-gestating (country) solo album with a complicated release history.  The record was supposed to come out a few years ago but has been stalled for reasons no one seems to know.  Apparently it was for sale on the Zune music service for two days before the record label spontaneously removed it. Since this is 2012, I of course have a bootleg copy of the album which I have been enjoying… 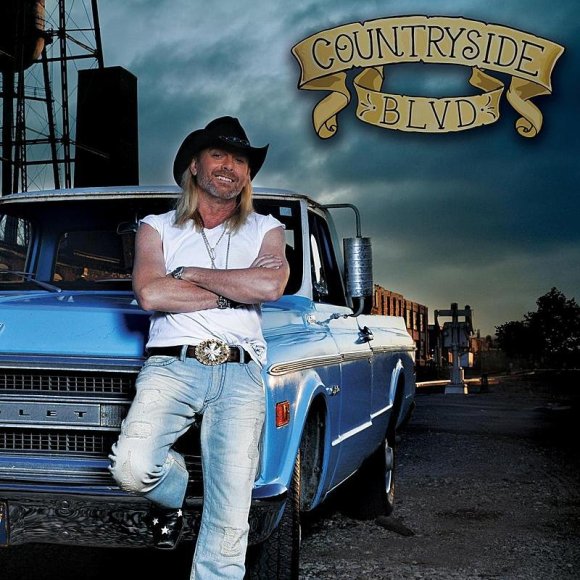 So why the delays? Well, it might have something to do with the fact that, on paper at least, a country album from the lead singer of Cheap Trick would be a train-wreck–an utter mess of twang and vanity, fit only for the most fervent Cheap Trick/Zander fan.  I adore Cheap Trick and think Zander can (almost) do no wrong, but even I was skeptical when I first heard about COUNTRYSIDE BLVD.  But after giving it a few listens I can honestly say that it’s really good.

The key to COUNTRYSIDE BLVD. not being an epic pile of shite is this: the album isn’t really hard-core country.  It’s a rock album with country overtones and twangy guitars (and some fiddling).  Robin Zander did not record a Garth Brooks record by any stretch.  Like many solo albums of those involved in major bands, there are many songs that sound as though they could have easily fit onto the next Cheap Trick record.  If like me, you’re starved for Cheap Trick, then this is a very good thing.  If Cheap Trick ain’t your bag, then you’re probably not going to find much to like on COUNTRYSIDE BLVD.

The album opens with “Every Dog,” which sounds like a weaker Traveling Wilbury’s number.  It’s not quite rock, not quite country  and right away there are Hare Krishna references.  It’s a good song and pretty representative of what lies ahead: Wilburys-esque rockers with an eccentric-lyrical bent. I’m sure Zander’s vocals have been touched up, but damn does he still sound good.  Even if it is a special effect, one can’t help but admire how great he still sounds.  I especially was impressed with his cooing on “Love Comes*.”  It might seem like a silly thing, but I don’t think it’s easy for most singers to belt it out one minute then come all the way down to a gentle coo.

Standouts on the album include the gentle ballad “Heart of Glass” and the barn-burner “Say You Will.”  The former being a countrified version of the epic tender-jams Cheap Trick are famous (notorious?) for.  “Say You Will” is a solid rave-up that finds Zander wailing á la Little Richard.

The best song, though, on COUNTRYSIDE BLVD. is “Pamela Jean.”  However, the first time I heard it I thought that my iTunes had skipped, or that the album was over, and I was hearing Cheap Trick.  “Pamela Jean” really stands out as a great song, but it doesn’t have much in common with the more countrified-songs on the record.   So here I am, saying that the best song on the record is the one that seems to fit-in the least.  I guess that’s a crappy backhanded compliment to both the song and the record, and perhaps this is the fatal flaw that’s doomed COUNTRYSIDE BLVD. from ever being properly released.

And so, while COUNTRYSIDE BLVD.  is a mind-blowing revelation,  it’s by no means the terrible album many have inferred it to be.  Hell, with all the hoop-la surrounding the album’s release (or lack thereof), the fact that it’s not an embarrassment comes as a relief.  I think this would be an awesome album to take along on a long, moonlight drive.  It’s a shame we all cant’ go to the store/iTunes and buy COUNTRYSIDE BLVD.  but in the meantime take a listen to “Pamela Jean”.  Just don’t tell the label. 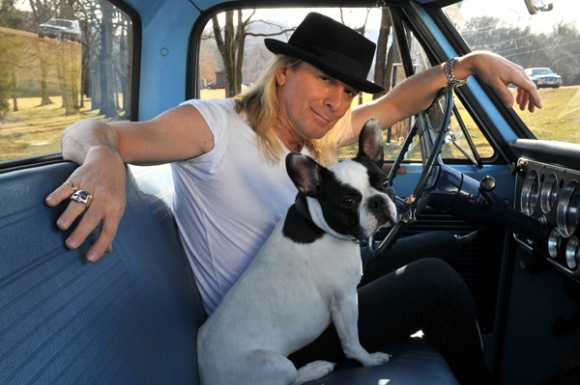 Zander and his two best friends: his dog Buddha and the hat that hides his receding hairline.

*Which, all you hard-core Cheap Trick fans know is from the band’s 1985 album STANDING ON THE EDGE.