My buddy Ovidiu Boar over at Tangle Up In Music has a really nice recurring column where he combines a bunch of short album reviews into one long post. I’ve got a pretty large backlog of albums to review that came out over the last few months so I’m adopting (read: stealing) his format in order to purge myself of these albums. I believe in giving credit where credit is due, so go check out Ovidiu Boar and his fantastic website.

Alright, now that I’ve gotten that out of the way, here’s a couple of albums I’ve been meaning to review:

Weezer are one of those bands that I sometimes wish would just stop recording and retire. But every time I completely write them off the band turns up with a decent album. The last time Weezer surprised me was back in 2008 when they released THE RED ALBUM, and that was nearly a decade ago. Since that time, the band has continued to tour and released albums. None of them were very good/memorable and when they came out, I didn’t hear anyone talk about them. I’m not sure what’s going on with Weezer, but when the best song your band’s put out in 8 years is a cover of “Unbreak My Heart,” it might be time to hang up your boots. Then last month, when I was listening to the new Monkees album, I was pleasantly surprised to learn that my favorite track was written by Rivers Cuomo. Which got me excited about the new Weezer album, which is again self-titled and will henceforth be referred to by its color designation. THE WHITE ALBUM doesn’t have anything on it as good as his Monkee’s song “She Makes Me Laugh,” but the album isn’t a disaster. In fact, there’s some pretty good stuff on it. Before I praise the band, however, I have to acknowledge that once again the single is the worst part of a Weezer album. “Thank God For Girls” once again features Rivers embarrassing-as-hell rapping. I’m not sure who keeps telling him he can pull this off, but I wish they’d be honest with him. Rivers: you can’t rap, please stop.

“(Girl We Got A) Good Thing” should have been the single! It’s a great pop ballad that actually would have fit nicely on that Monkee’s album I keep mentioning. A fun, throwback pop song, it’s the kind of track the band’s marketing should be pushing. The album opener, “California Kids” is another track I really enjoy.  Both of these songs have a Beach Boys-by-way-of-The Cars sound that I really dig it.

“Do You Wanna Get High?” has a catchy chorus that (subject matter notwithstanding) also would have made a good choice for an album single. Near the end THE WHITE ALBUM loses steam, particularly on “L.A. Girlz” which is as dumb as the track’s spelling. Thankfully, the album redeems itself with the  fantastically sublime campfire singalong closing track “Endless Bummer.” This is hands-down my favorite track on the album, mostly because it’s the kind of sad sack song Weezer used to be really good at writing.  Any song (or album for that matter) with the lyrics “kumbaya makes me violent/I just want this summer to end” can’t be anything but awesome. Weezer, I’m glad you’re still out there plugging away. Hopefully it won’t be another 8 years before they put out another good album.

PAGING MR. PROUST by The Jayhawks 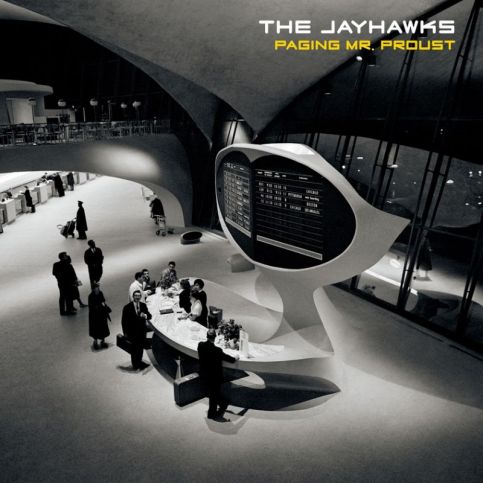 The Jayhawks are one of those great 90’s college rock bands I don’t ever hear enough people talk about. I’m not exactly sure why they never reached the same legendary status of their peers R.E.M, but they really should have become household names. The last Jayhawks album I listened to was RAINY DAY MUSIC from 2003, which if you haven’t heard is fantastic and worth checking out. The Jayhawks are an Americana/Folk-Rock band that sometimes sound an awful lot like Neil Young & CSNY so if you’re a fan of that kind of music, The Jayhawks are probably your next favorite band.

PAGING MR. PROUST features the same brilliant harmonies and guitar playing one would expect to find on a Jayhawks album, but with an extra shade of darkness. I’m not sure how to explain it, but this music reminds me of autumnal sunset. There’s a cool edge bleeding into the band’s warmth and a lonely feeling permeates the album. PAGING MR. PROUST opens with “Quiet Corners & Empty Spaces” a song drenched in 60’s era folk. The harmonies kick in and I suddenly remembered why I love this band so much. “Lovers of the Sun” with it’s quiet melancholy is achingly beautiful and my favorite track on the record. My second favorite song is the harder edged “Comeback Kids,” which is a great love song that isn’t afraid to sound a little spooky. Another standout track, “The Devil In Her Eyes” features a stratospheric guitar solo at the end that recalls Mr. Young’s PSYCHEDELIC PILL record from a few years back.  “Dust of Long Dead Stars” with it’s Romantics-esque guitar riff is another standout track.

Not everything on the album fires on all cylinders, and there are sadly a few duds on the album. I have tried to love “Lost the Summer” but just can’t connect with it. The track’s intentionally cold, detached feel is no doubt the barrier preventing me from enjoying it. I can intellectually see that it’s great, with some fantastic guitar work, but it just doesn’t move me. Similarly, the scratchy/glitchy sounding “Ace” is more filler and less album track. I’m not sure why the band felt that this needed to be included on PAGING MR. PROUST. Still, these minor blemishes can’t distort the overall beauty of this Jayhawks album. 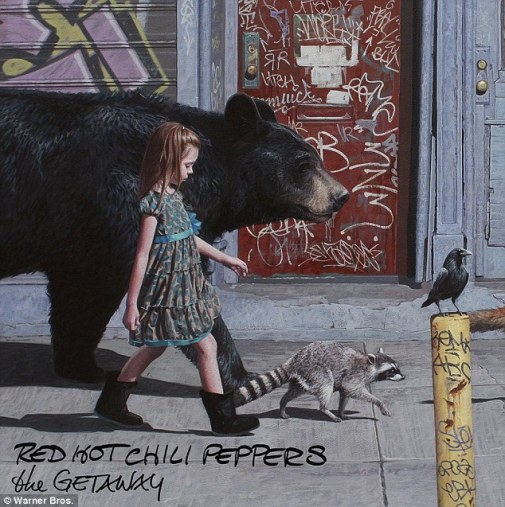 I nearly copied and pasted my opening paragraph from my Weezer review. The Red Hot Chili Peppers are yet another 90’s band that I sometimes think should just give up the ghost and retire as legends. I found their last album, 2011’s I’M WITH YOU, to be pedestrian and highly forgettable. The band’s last truly great album was 1999’s CALIFORNICATION (I really liked parts of STADIUM ARCADIUM but being a bloated double-album take it down a few notches in my book), which if you’re keeping score was a really long time ago. I’ve never really been a real big Chili Peppers fan, but back in 2012 and 2013 the band released a bunch of songs recorded during the I’M WITH YOU sessions–songs that weren’t featured on the album. These songs, collected as I’M BESIDE YOU, are some of the best songs I’ve ever heard from the band. I actually need to sit down and do a write-up on these tracks because they are outstanding. So, these amazing b-sides are what piqued my interest for THE GETAWAY.

How is the album? It’s pretty good. Nothing on the album is as great as those b-sides from 2012/2013, but there are some good stuff on THE GETAWAY. The title track is a great, classic late-era Peppers-sounding track. With a funky beat and that distinct electric bass that’s come to define the band, it starts the album off right. Sadly the album can’t maintain this momentum and becomes a bit underwhelming, with one too many un-funky tracks for my liking. Besides the aforementioned “The Getaway,” I also enjoyed the equally good “Dark Necessities.”

And while the album never drops off, never to regain the heights of that one-two-punch, there are good tracks sprinkled throughout the rest of the album. For example, I enjoyed “Detroit” the band’s love letter to that hardscrabble Michigan city. The buoyant “We Turn Red” sounds like a single waiting to happen, it’s a great song that recalls the band’s earlier efforts. I wish the bulk of the album had been as energetic, the only other track on THE GETAWAY that comes close to being as interesting is the shimmering dance track”Go Robot.”And while I don’t think it’s fantastic, it’s worth checking out the album closer “Dreams of a Samurai” which besides being very strange, seems to reference the recent death of Scott Weiland.

Sadly, I don’t think I can recommend THE GETAWAY but there’s enough interesting stuff on the album that I also can’t outright dismiss it. If you’re a diehard fan you’ll probably be pleased enough with the record, everyone else should just stick to the singles. And, of course, stay tuned for that post on those amazing b-sides the band put out a few years ago.

That’s it for now. I imagine I’ll have to do one more of these to get myself fully caught up. Chime in below if you’ve heard any of these albums and agree/disagree with me (I love hearing how wrong I am).