Tag Archives: “This Side of the Sun”

6 Comments
Your Next Favorite Band

YOUR NEXT FAVORITE BAND: The Star Spangles

Back in 2003, I was going to school during the day and working overnights as a security guard. It was lonely, boring work that involved a lot of sitting around and listening to late night radio. On Saturday nights, I’d snuggle up next to my $2 pocket radio and listen to Little Steven’s Underground Garage. Those were halcyon days, or rather nights, and it was during this period that I discovered many great artists thanks to Steven Van Zandt and his show. One of those bands was The Star Spangles.

I can still remember the first time I heard The Star Spangles. Their song “Which One of the Two of Us Is Gonna Burn This House Down?” was featured as the Coolest Song In The World on Little Steven’s show. Despite the impossibly long title, the song was a lightning quick burst of punky-pop. And it totally knocked me on my ass. Over the next week or so, Little Steven played the song a few more times, as well as the band’s other single “I Live For Speed.” I immediately got a digital copy of the band’s album BAZOOKA!!! and found that all songs were fantastic. 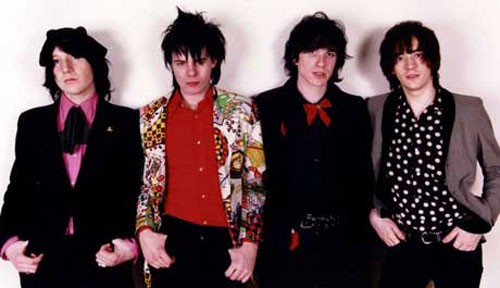 You might recall that the early-to-mid 00’s (the aughts) was a period known as the Garage Rock Revival. This was a heroic return of basic, balls-to-the-walls rock that spawned a series of great albums by a half-dozen or so bands. These bands typically hailed from New York/East Coast and featured “The” in the band name. The Hives. The White Stripes. The Vines. The Strokes. The Star Spangles were cut from the same cloth, though their sensibilities skewed heavily towards punk. Their lead singer, Ian Wilson, had a sneering Sid Vicious quality and a Nick Cave haircut.

BAZOOKA!!!, as stated, had two great singles but it was the deeper cuts that really impressed me. The kinetic “LA” with its gritty, chugging guitar riff seared itself into my mind. This song should have been in a Grand Theft Auto video game and made the band a huge overnight success. Similarly, “Crime of the Century” with its Keith Richards-esque riff should have burned up the rock charts…had their been relevant rock radio in 2003-2004. Timing and changing musical taste worked against The Star Spangles, which happened to many bands in this era. Indie rock was getting huge and The Star Spangles were seen as a quaint throwback. 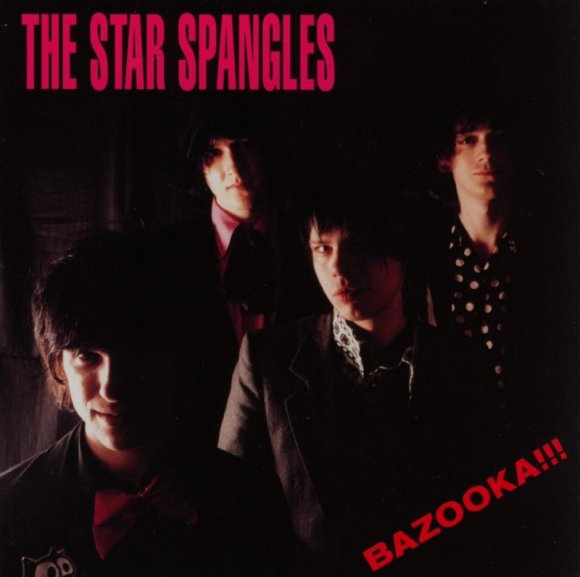 The band did appear on Letterman and toured a bit, but for the most part they dropped off the map. I was a bit crushed, but as the 00’s wore on it became obvious that the Garage Rock Revival wasn’t going to last longer than a few years. Only the super-talented Jack White was able to survive the Revival’s sad collapse.

I cherished BAZOOKA!!! but had written the band off for dead when sometime in 2006 I found out that The Star Spangles were back! Their follow-up album, DIRTY BOMB, was self-released and featured a new band lineup. Both of these facts filled me with a sense of dread, would the second record stack up to the great first release? Happily, DIRTY BOMB turned out to be wonderful.

Though DIRTY BOMB is a bit less polished than BAZOOKA!!! it’s also a bit more complex and, in my opinion, the better of the band’s two albums. Still featuring a heavy dose of punk, DIRTY BOMB had a few slower songs as well as the (awesome) country-tinged “Someone In You.” The album was also more commercial and poppier, especially tracks like “This Side of the Sun” and “I’m On A High.” Both of these songs should have made a big impression on the music world. 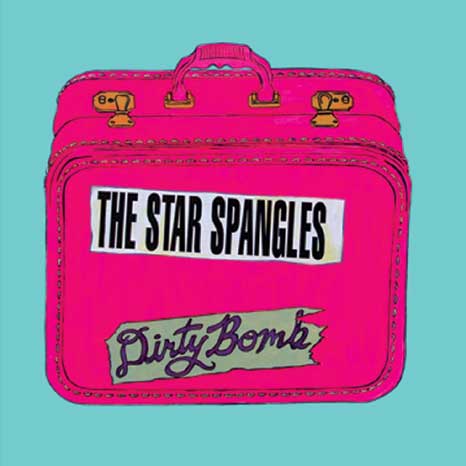 The band’s propensity for fast songs full of hard charging guitars and killer lyrical hooks remained, and I had renewed hope that the band would continue to record and tour. But sadly, DIRTY BOMB was the band’s swan song.

What the hell happened to The Star Spangles? Part of the reason I’m writing this post is to hopefully find out. The band’s web presence is limited now. You can find DIRTY BOMB on iTunes and CD Baby, but BAZOOKA!!! has now vanished falling out of print. According to the band’s threadbare Wikipedia page, the band had a “falling out” with Capitol Records in 2006. What happened exactly? Would the band be a household name if they’d managed to stay on Capitol Records? DIRTY BOMB’s pop-heavy sound could have easily landed the band on the radio if they’d just had a bit more promotion.

The band’s lineup change probably had something to do with the band’s failed commercial prospects. Originally The Star Spangles featured Nick Price on bass and Joey Valentine on drums, however on DIRTY BOMB Chris Orlando and Todd Martin replaced them. Only lead singer Ian Wilson and Tommy Volume remained in the band for The Spangles whole run, which has led me to believe them to be the Mick & Keith of the band. I assumed that Wilson or Volume would go onto to do other projects, but after an extensive search online I’ve turned but zilch. Did both of these guys fall of the Earth? Did they get straight jobs working in cubicles? If they’re working in the music industry they’re doing so under different names…of they need to hire a better marketing team. Anyone with information please either comment below or email me at DefendingAxlRose@gmail.com.

As I’ve gotten older, I’ve come to accept that sometimes really great bands only put out one or two albums. Rather than be greedy and whine about all the great songs/albums I didn’t get from them, I try to focus on what the band did put out. Honestly, fate and a fickle music industry was stacked against The Star Spangles.  Dropped by their label and faced with a lineup change, we had no right to expect a second record and we got one. I’m satisfied with that, though I do wish these guys were still around.

Do yourself a favor and check this band out because they’re fucking fantastic.