They say that life isn’t always fair, and nothing proves this adage more than the music industry.  Like a lot of show biz, the music industry operates on the whims of a fickle public and the greed of miserly record executives.  Sure, there are amazing success stories of bands and singers who are legitimately talented AND make boatloads of cash & fans–but for the most part the music biz is a landscape of dead dreams bloating in the sun.  If there was a sure-fire formula for crafting a #1 hit record, then some tycoon somewhere would have figured it out, right?  A quick glance at the Billboard charts for the last 25 years reveals a bizarre and, quite frankly, baffling array of popular/hit songs that have nothing in common–other than the fact that they were created by human beings.

As a race, human beings are always looking for answers.  We desperately seek order in the chaos that surrounds us.  I have a hard time putting my head on to my pillow each night, because I live in a world where Al Anderson’s “Ridin’ In My Car” was not a hit record.  If there truly is a higher power, why would he allow his children to suffer “You Light Up My Life” by Debby Boone?  Why would he place the crown of  Best Selling Single of 1977 upon a song like “You Light Up My Life” and not “Ridin’ In My Car”?  It just doesn’t make any sense, and quite frankly, only serves to underscore my own nagging suspicion that were are, in fact, truly without a higher power’s protection*. 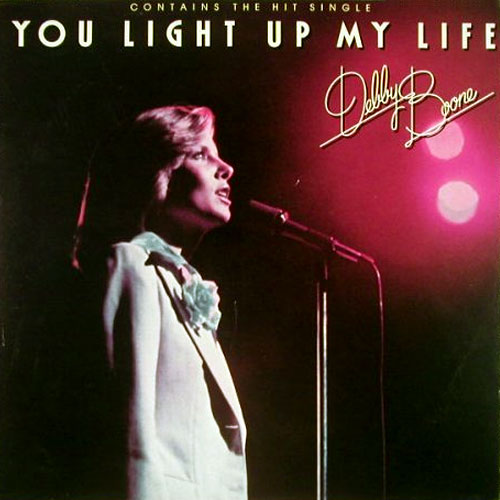 I hope you are VERY pleased with yourself, 1977.

Who is Al Anderson?  Well he’s a guy who joined a band called the New Rhythm and Blues Quartet (NRBQ) in 1971 as a guitarist.  This is a band that I only recently discovered, but who’s legacy I’d been (unknowingly) enjoying for years.  The band was formed in 1967 in Florida and proceeded to quietly release super-fun and catchy pop-rock records.  They’ve maintained a dedicated following over the years and have actually done some pretty high-profile stuff.  What kind of stuff?  Well, when they weren’t buys touring and releasing awesome records  they wrote some songs for a little show called THE SIMPSONS** (maybe you’ve heard of it?).

And yet, you’ve still never heard of them (they’ve only recently popped up on my radar).  Now, to be fair, you probably haven’t heard of Debby Boone either and  if you have you probably hadn’t thought of her in a while.  So perhaps I’m putting an over-importance on having a “hit” single.  Maybe, in the end, it doesn’t really mean anything.  For example, it’s a famous rock anecdote that  guitar-God Jimi Hendrix only had one hit single (the Dylan cover of “All Along The Watchtower”).  Does that mean that Hendrix is in the same class as Debby Boone? I don’t think anyone would argue that, and yet I still can’t shake the Capitalist urge to judge artistic merit based on sales/popularity. 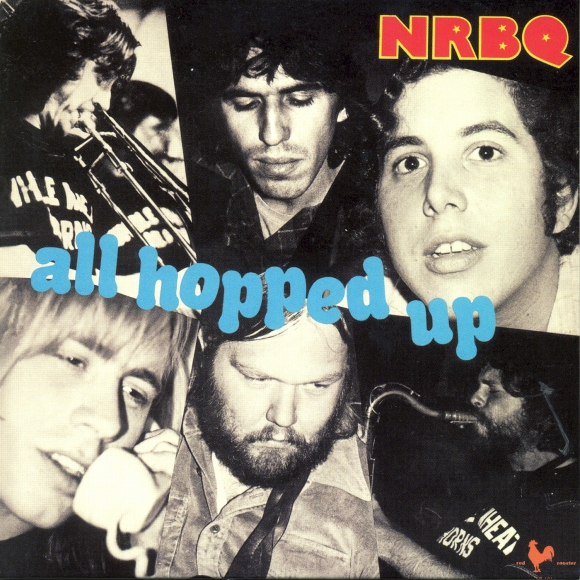 This album also features a song called “I’ve Got A Rocket In My Pocket,” which also failed to set the charts ablaze.

Chances are you’ve never heard “Ridin’ In My Car,” so you’re probably wondering what’s so special about it.  It’s a great little gem of pop-craftsmanship, and quite frankly the only astounding or truly awe-inspiring thing about it is the fact that it was not a hit song.   The song was released in 1977 (I cannot find any further information on the release date online, further evidence that history is written solely for and by the victors)  on NRBQ’s fourth album ALL HOPPED UP.  “Ridin’ In My Car”, even upon the first listen, strikes a very familiar cord.  It’s one of those songs that, as you’re listening to it, it seems like you’re already intimately familiar with it.  Like a classic Beatles cut, it’s immediately accessible and catchy.   Lyrically, the song is about the sadness of lost love and the memories of a pervious summer.  The song’s basic conceit is that this guy associates driving around with this woman that…well, things just didn’t work out between them (she found someone else):

“When I’m home alone I can think of other things to do/But when I’m rolling in forward motion I think about only you.”

It’s very pure and simple (and kind of cute),  which is exactly what a good song should be.  And even though the lyrics aren’t super-complex, they’re memorable and clever.   I specifically smile every time I hear the first verse, which despite having a very straightforward rhyme scheme (“chance” and “romance”) the phrasing is absolutely perfect:

“Remember last summer when we had the chance

To find each other, start making romance

But it didn’t come off beacuse you found another

Without one hand of a clock, what good is the other?”

I’m pretty sure that if you’d given me 1,000 years I’d have never come up with that comparison of lovers and two hands on a clock face–but it’s spectacular.  I’m not saying that this song is the greatest song of all-time or that it makes a deeply profound statement….but it beats the hell out of that other song released in 1977:

“Rollin’ at sea, adrift on the water

Could it be finally I’m turnin’ for home

Finally a chance to say “Hey, I love you”

Never again to be all alone

And you light up my life

You give me hope to carry on

You light up my days

And fill my night with song”

Poor Debby Boone, I’m glad she’s finally getting a chance to say “Hey, I love you.”  How fantastic for her.  I’m not going to beat up on Debby Boone, hell I don’t even know if she wrote “You Light Up My Life.”  In fact, now that I listen to the song I can totally see why it was a #1 hit song–it’s completely stupid and devoid of anything approaching honest emotion.  And artistry?  Forget it, this is pap…pure and simple. When I listen to “You Light Up My Life” I’m not challenged with any of the complexities of an actual human relationship.  There is metaphor and imagery in “You Light Up My Life” but it’s so basic and cliched that I know exactly what Debby’s singing upon first listen.  I don’t have to hurt my brain trying to figure out how Debby’s been “adrift” and how this new love is both a “home” for her and filling her with “song.”  This is popular entertainment at it’s finest and it was thusly rewarded.

So, to come full circle, the key to a hit song is just being completely idiotic and basic as hell…right?  Well, going back to 1977 it turns out there were SOME very popular songs that weren’t completely-lobotomized: The Eagles (the fuckin’ Eagles, man) had a monster hit with “Hotel California” which is pretty esoteric/sonically interesting (i.e. the opposite of “You Light Up My LIfe”).  Also a hit that year was Manfred Mann’s Earth Band’s strange, kinda cool Springsteen cover “Blinded By The Light.”  I wouldn’t consider that (very controversial at the time) song to be a watered-down, idiot’s song.  Studying the charts for 1977 reveals just how skitzo American music tastes were/are.    I mean, 1977 was a year when the charts were topped by both the Bee Gees “I Just Want To Be Your Everything” and Meco’s “Star Wars Cantina Song.”  So in the end, the pop/rock charts for 1977 do little to explain what happened (or why) but only serve to underscore why the United States is a Republic and not a Democracy–because “popular” and “right” are often mutually exclusive.

*And if there is a God after all, he has one hell of a sense of humor.

** See the 8th episode of the 11th Season “Take My Wife, Sleaze” which features the (original/episode exculsive) song “Mayonnaise and Marmalade.”

Tagged "All Along The Watchtower", "Ridin' In My Car", "You Light Up My Life", Al Anderson, ALL HOPPED UP, Bruce Springsteen, Debby Boone, Dylan, Jimi Hendrix, Manfred Mann's Earth Band, No-Hit Wonders, NRBQ, One-hit Wonders, The Eagles, The Simpsons