As promised, I’m going to write a few posts about my impending Kanye West concert. When I last wrote about this concert, I explained that a Denver show had been announced and that I was dusting off my credit card  so I could attend. Luckily for me, I didn’t really need to use the Defending Axl Rose Master Card! I was able to get a pretty good seat for $69. Since that time, I’ve kept an eye on the tickets and for the most part, the prices have remained stable and as of this posting tickets are still available. 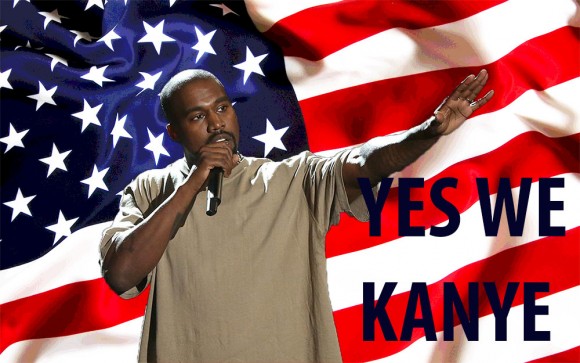 As long as there’s Kanye, there is hope.

During the fantastic World Series, which I watch every year, I muted my TV and revisited MY BEAUTIFUL DARK TWISTED FANTASY. Mr. West’s 2010 album has been severely underplayed in my household, which made me decide to revisit it. I was pleasantly surprised to find that the album holds up 6 years later. The singles “Power” and “Runaway” remain solid classics, but I was really blown away by the John Legend track “Blame Game.” I’m not sure why this poignant song failed to connect with me in previous listening sessions, but man is this an almost perfect song (the closing outro with comedian Chris Rock is probably the most cringe-inducing K. West album skit). The star-studded “Monster” also still holds up really well, though I must say the star-making performance from Niki Minaj bums me out when I hear now. Who could have guessed that her fierce performance on “Monster” would be an almost one-off thing and she’d become one of the most disappointing new rap artists of the 2010’s?

Listening to “Monster” got me thinking about what a Kanye West concert would be like. Despite being well-known as an egomaniac, Kanye’s albums are so brilliant because he doesn’t hog the spotlight on his releases. In fact, Kanye the album maker is generous with the limelight and often appears as second banana on the best tracks. How do I know that Kanye isn’t his troubling, problematic public persona? I listen to his albums and hear him give the best moments away to other, usually up-and-coming artists. The first time I heard Chance the Rapper was this summer when he stole the show on the opening track of THE LIFE OF PABLO. With so many of his best songs featuring A-list and AAA-list artists, how does a live Kanye performance work? Obviously a track like “Monster” doesn’t work unless Jay-Z, Rick Ross, Niki Manaj, and Bon Iver are in attendance and thus doesn’t get performed. But because so many of Kanye’s songs feature really great artists that I’m not sure Kanye can avoid doing a solo-only concert. I’m guessing that the verses done by guest rappers are just omitted, but as someone that’s never been to a rap concert before, I’m interested to see how it’s handled.

Look for a few more Kanye-centric posts to appear before my November 28th concert. I’m still trying to decide the best way to document the concert itself, so if you have any thoughts on the best way to do that chime-in below in the comments section.