As always, I’m a day late and a dollar short with this post, but I had to say something on the passing of legendary rocker Tom Petty. Petty was a staple on the classic rock radio I grew up listening to, so he was an important musical figure in my early life. I distinctly remember seeing him play “Walls” on Saturday Night Live and seeing the video for “Mary Jane’s Last Dance” when it premiered in the early 1990’s. I saw Petty live once, in the mid-1990’s, and remember the show being really good.

But, like most things, I took Tom Petty for granted. The last album I bought and listened to from Tom was THE LAST DJ. My musical tastes shifted in high school away from rock towards blues. I know that everything eventually ends and we are all destined to one day die, but for some reason, I never thought I’d have to exist in a post-Tom Petty world. But here we are. 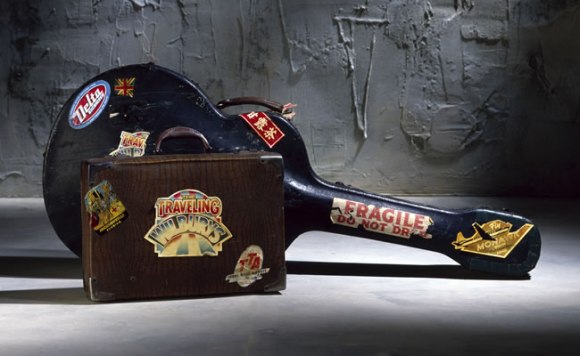 Of all the things Tom Petty was a part of, probably my favorite was The Traveling Wilburys. I don’t hear very many people talk about them anymore, but the Wilbury’s quirky brand of rock always impressed me. On paper, super groups should always produce amazing music, but the reality is that, for most, the sum is never greater than the parts. The Traveling Wilburys were the exception, though they only released two albums, they’re one of my all-time favorite bands. Tom Petty was the “young” guy in the group, the one who (at the time) was the mortal among the legends. That Tom Petty was able to fit into a band with Bob Dylan and George Harrison should go a long way in proving Petty’s exceptional talent. With Petty’s death, the world is now down three Wilburys: Roy Orbison, George Harrison, and Tom Petty. To think that Dylan outlived Tom Petty is actually pretty mind-blowing and just goes to show you that you never can tell who has how much time remaining.

When I think of Tom Petty, I’ll always think of the Wilburys, my parents vinyl copy of SOUTHERN ACCENTS, and how he chose to not go after The Strokes for ripping off “American Girl” with their breakout hit “Last Night.” If you haven’t heard “Last Night” in a while, go back and listen, the guitar riff totally rips off “American Girl.” A young band like The Strokes could have had their careers ruined by a lawsuit from a powerful rock star, but Petty (and/or his management) never saw fit to take the NYC hipsters to task for their blatant plagiarism. Now that I’m older, I actually see how generous and kind this act was on Petty’s part.

Rest in Power, Tom Petty. Your catchy, southern-infused brand of rock will live forever in the hearts of rock fans forever.

Today we woke up and learned that grunge pioneer Chris Cornell had died suddenly. Cornell died in Detroit (of all places), and it’s starting to sound like his death was possibly the result of suicide. Cornell is probably most famous for being the lead singer of Soundgarden. They were one of those 90’s bands that defined the grunge movement that sprang up in Seattle, along with bands like Pearl Jam and Nirvana. I’ll admit that for a long time I got Soundgarden mixed up with Pearl Jam. The bands are similar, but Cornell was always a little cooler than Eddie Vedder, who kinda comes across as a bit of a wanker. “Black Hole Sun” is probably being played in a thousand record stores today and all over the radio, and with good reason: that song rules. No fooling-no bullshit, “Black Hole Sun” is a fantastic song. Although my personal favorite Soundgarden song has to be “Spoonman,” which is apparently about a Seattle street musician who played…spoons. This song came out in 1994 when I was in my Beatles-only phase, so I came to this song via the popular late 2000’s video game ROCK BAND. There were so many nights of beer and ROCK BAND where someone would warble out the bizarre (but awesome) lyrics. 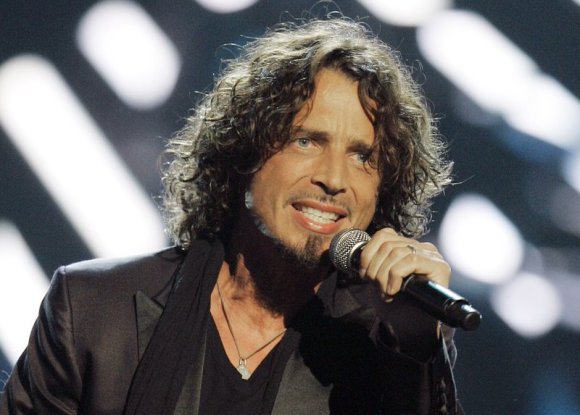 For me, Cornell will always be remembered as the guy who put out the best modern James Bond theme song (pre-Adele). His song for the first Daniel Craig Bond flick, CASINO ROYALE, was a real corker. I remember not digging it the first time I heard it, but when the lights when down in the theater and the song was accompanied by the weird opening credits I thought, “this is a damn good song.” The song was called “You Know My Name, ” and it appeared on Cornell’s 2007 solo album CARRY ON. Hard to believe that that was a decade ago.

I have a friend who is a big Audioslave fan, I think she likes Audioslave more than Soundgarden, but I’ve never really given the band much of a listen. It feels kinda shitty to say this, but now that Cornell’s gone, I guess I’ll go back and spend a little time with both band’s back catalog. Of all the 90’s grunge bands, I think that Soundgarden probably holds up the best, after Pearl Jam. But maybe I’m wrong about this; it’s been awhile since I’ve done a deep-dive into that era of music. We’re used to losing heroes from the 1960’s and 1970’s music scene, but the death of Chris Cornell is truly shocking. I’m still in this weird mindset that 1990 was only ten years ago, but of course, that’s not true.

They’ll be playing “Black Hole Sun” all over today, take the time to check out “Spoonman” or better yet, “You Know My Name.” Goodbye Mr. Cornell, rest in power.